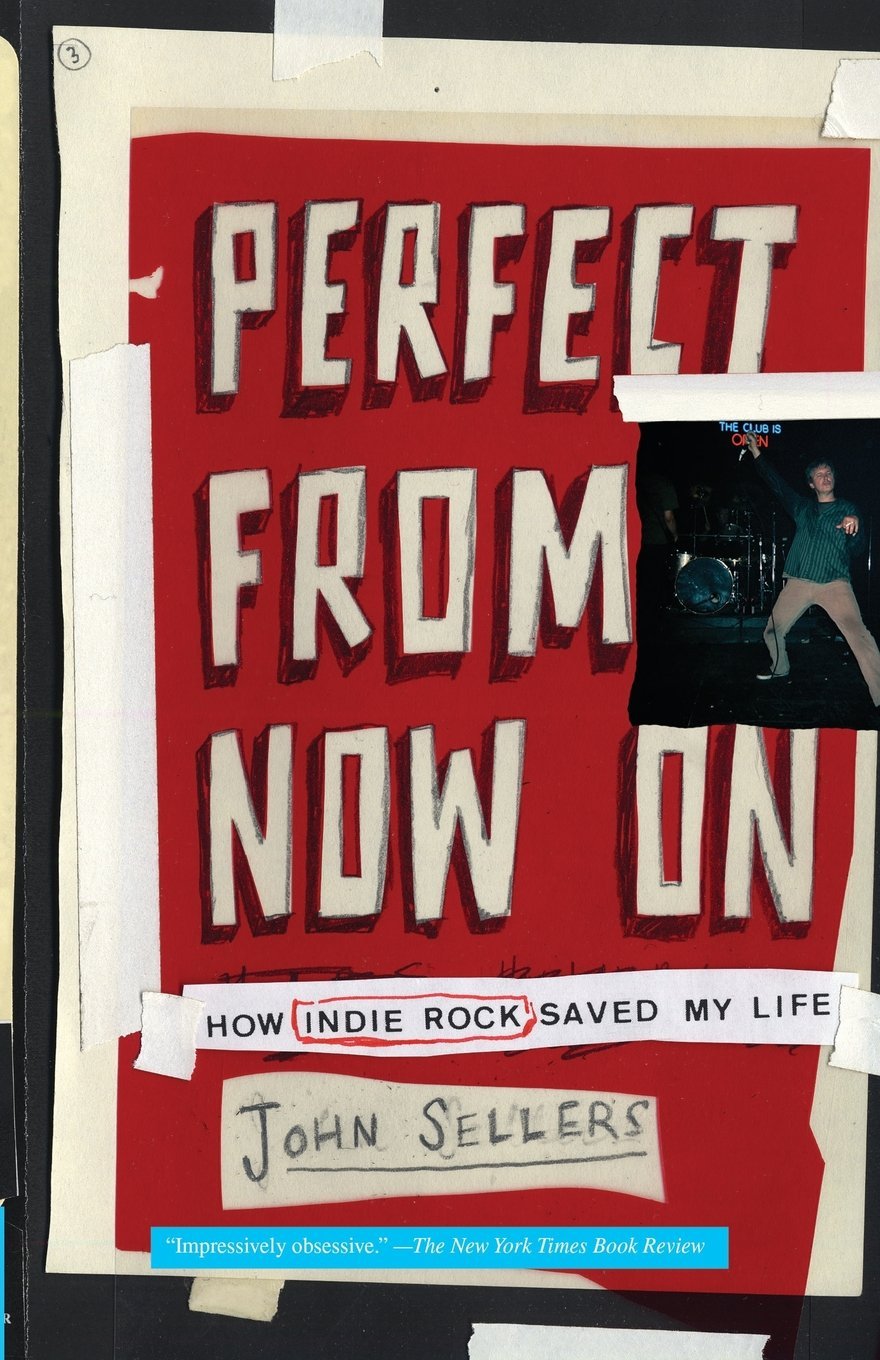 I have to admit I held a few reservations when I picked up music journalist John Sellers’ musical memoir Perfect From Now On: How Indie Music Saved My Life. I was afraid Sellers would be one of those hipster douchebro types bragging about eschewing mainstream pop for bands so obscure that even they don’t realize they exist. I was afraid Sellers would be a dry, humorless music fan who looks down his nose at people who watch The Voice or own a Madonna CD. But after reading Perfect From Now On, I realize that I had nothing to fear.

Sellers, a card carrying member of Generation X, chronicles his musical fandom from being forced to listen to Bob Dylan by his father to his almost religious following of the indie band Guided by Voices. And he does this with some good-natured humor, a conversational tone and exhausting lists on his musical musings.

By the time Sellers is a young teen, he is obsessed with music. And he’s not too cool to share some of the more embarrassing musical choices he made as a kid coming of age in Grand Rapids, Michigan. The first album he bought was by Sammy Hagar. He made up some dance moves to Kool and the Gang’s “Celebration.” And he admits to scissor-kicking to Duran Duran’s “The Reflex.” I can relate to these embarrassing moments only too well. You think scissor-kicking to a Duran Duran song is bad? I once wrote a very long and tedious letter to Duran Duran bassist John Taylor where I told him my deepest secrets and feelings. Fortunately, I had enough sense never to send Mr. Taylor my teenage angst in written form.

By the time Sellers gets to the University of Michigan his musical tastes have evolved. He becomes a huge Smiths fan. And he also worships the short-lived band Joy Division and the band New Order, which formed in the wake of the suicide death of Joy Division lead singer Ian Curtis. Sellers is such a fan of New Order that he travels to England to see them in concert. And on the 25th anniversary of Ian Curtis’ death, he pays homage by getting really drunk and listening to Joy Division all day. For anyone who views music as something more than an enjoyable time-waster these moments will be a very relatable.

However, it is the Ohio band Guided by Voices that Sellers gets freakishly obsessed with. Sellers describes how casual fandom of Guided by Voices grew into a near addiction, and then actually being invited into the band’s inner circle. Sellers’ neurotic worry over what he was going to say and do when he finally met Guided by Voices front man Mark Pollard really made me nod my head. Yep, I’ve worried about those things too when confronted with meeting some of my favorites.

Sellers expands certain points of Perfect From Now On with footnotes that almost make up another book, and with a trio of appendices featuring exhaustive musical lists. I had to giggle when I read these because I’ve also made musical lists. However, I doubt Sellers ever wrote a list of rock and roll boys he would totally have sex with.

Reading Perfect From Now On is like sitting down with a fellow music fan and discussing the good, bad and ugly of being a fan. Sellers is both self-aware and self-deprecating, and truly hilarious. A casual music fan will gain insight into indie bands that don’t get the recognition they deserve, and music obsessives will be able to tell themselves, “I am not alone.”